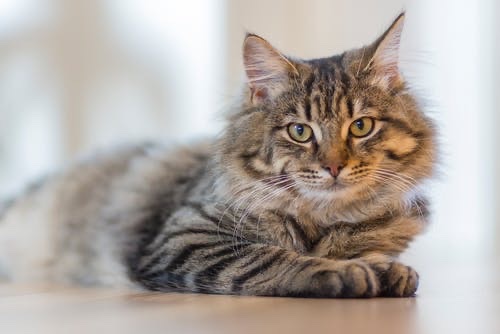 Dogs have an equal chance (50/50) of developing benign and malignant mammary tumors; however, 90% of mammary tumors are malignant in the cat.  Moreover, most of these tumors spread to other tissues in the body.  This is why we must be very aggressive about how we treat mammary cancer in cats.

Oncologists have found that aggressive surgery performed when the tumors are small provides the best chance for tumor control and survival.  One of the first papers on the subject found that tumor size was the most significant factor in determining prognosis.  That is not surprising because larger tumors have been present and growing for a longer period of time, giving them a better opportunity to spread compared to smaller tumors.

Unfortunately, most mammary tumors in cats are not identified until they are large.  They can be hard to detect early, as they are not located in an area that is usually petted.  Additionally, most cats do not show any clinical signs of disease with mammary cancer until the tumors become uncomfortable or spread elsewhere in the body.  Large mammary tumors present a twofold problem for treatment: (1) disease in the area of the mammary glands and (2) spread of cancer elsewhere in the body.

The single most effective way to treat the disease in the mammary tissue (and achieve the best survival time) is with radical mastectomies.  This is surgery that allows for removal of all the mammary tissue that is present.  It is typically not feasible to remove both left and right mammary gland chains with one surgical procedure.  Frequently, two separate surgeries are scheduled about two weeks apart to allow the cats time to heal.

It is best to remove the mammary chains on both sides, then follow with chemotherapy to treat cancer cells that may have spread outside the mammary tissue (distant or metastatic disease).  Chemotherapy is usually started about two weeks after the last surgery, which is typically about the time of suture removal.  In cases where tumors are incompletely excised or too large for surgery, radiation therapy may be beneficial to help control the local disease.

In order to maximize survival time, cats with mammary cancer need to undergo radical mastectomies of both sides followed by chemotherapy.

Prior to surgery, chest radiographs are paramount to ensure that there is no evidence of cancer spread to the lungs.  We do not want to put any pet through aggressive surgery if they already have evidence of metastatic disease.

Even though this disease is typically very challenging and aggressive in cats, it is not a death sentence for all patients.  Some cats will be able to have long term survival with treatment.  It is definitely worth consultation with a veterinary oncologist regarding mammary cancer in cats, as each cat has a different situation.  By consulting with you and examining your cat, the oncologist can help tailor a plan that helps your cat have a good quality, longer life, and accomplish the wishes of the family.